(CNN)A chaotic scene unfolded at the Ohio State Fair after a ride malfunctioned during opening day -- killing one person and injuring several others.

A video posted online appears to show several people on the Fire Ball ride seconds before parts of the structure, including a full row of seats, split up and fell.

Tragedy struck around 7:20 pm (local time) Wednesday at the popular fair in Columbus. The Fire Ball, which consists of at least six rows of seats that spin around 40 feet above the ground as the entire structure moves like a pendulum, broke apart while it was in motion.

Ohio State Highway Patrol Superintendent Col. Paul A. Pride said one person was killed and seven others were injured, two of whom are in critical condition. 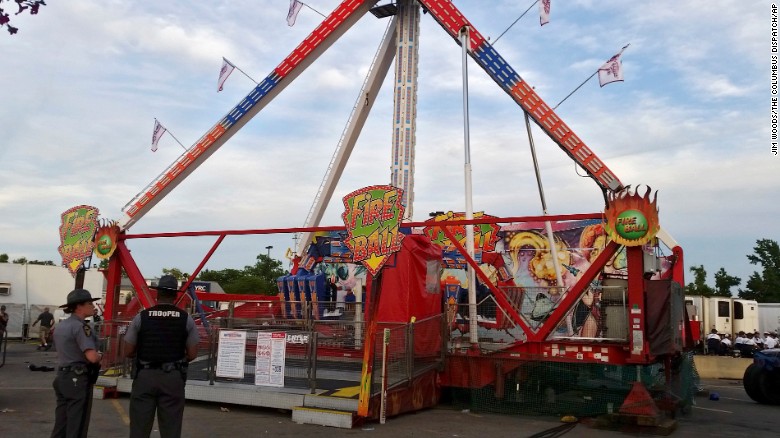 IQS International Quality and Safety Co. Ltd, is a third party inspection service provider in the Middle East, founded in Saudi Arabia on the year 2010 as a 100% Saudi independent company.

© 2016 IQS . All rights reserved by Delta IT Solutions